Get connected with us

I'm so proud and excited to announce our new brand, Miwisoft. With this new brand, we will be able to serve not only to Joomla but also others systems like WordPress.

Welcome WordPress
Our main goal of the 1st quarter plan of 2014 was to add the WordPress ecosystem into our portfolio and here we're just before the quarter is closed :) Relying/Developing on/for just one source/CMS is like walking on only one foot so software companies have always been looking for side incomes. We've choosen WordPress due to it's similarity with Joomla and of course it's popularity, owning 22% of the web and 60% of CMS, about 7 times bigger than Joomla and growing.

In fact we're not the first ones from the Joomla world that jump into the WordPrss system. BreezingForms, Jomres, webdorado, Akeeba Backup components are some the starters of this venture.

6 WordPress plugins
We're diving into the WordPress world with 6 plugin as a beginning. The Analytics and Voice plugins will be released later as we're going to release a new version for Joomla first. The SEF, Search and ACL components are not standalone components, they depend on other components so it will take some time to make the WordPress version of them.

Pagekit
As you may have heard, YooTheme is developing a new CMS called Pagekit. We've been testing the alpha version and I can say that it promises a lot. As you can see from the "what's lacking" part there, the purpose of Pagekit is to bring the easy-to-use interface and the code quality together into one system. Currently, WordPress leads by it's interface while Joomla by it's code. We'll for sure release a Pagekit version of our products when it's out.

Standalone and Robots
We're also developing the standalone (not relying to any CMS) version of our products. In fact, the current development is being done on the standalone version then our "robots" build the Joomla and WordPress version. So we write the raw code then send it to our robots to make all of the required changes according to the proper system automatically and give us the installable ZIP file. It took a whole month to us to write such a system but we're happy to have it now. The system can also create a WordPress plugin from a Joomla component. We've made some tests with other components and it worked pretty good.

New Brand and Site
After all these changes, we had to remove the "Joomla" word and "jo" abbreviation from our brand/domain. Miwisoft is our new company name, an abbreviation of the Mighty & Wise Software. We've not changed the name of our products so MijoShop will remain MijoShop (Mighty Joomla Shop) with the WordPress version as MiwoShop (Mighty WordPress Shop).

How to upgrade?
There is no need for any upgrade. As said above, there is no change in the product level. There is no new version of our products. We've just changed our domain.

JED and Joomla
As you may know, our extensions have been unpublished from JED with a totally untrue reason, fake reviews. Of course that we have loss after this unfair action but it's more than clear that we're not the only ones. The whole Joomla ecosystem has also incured losses as new users won't be able to find our qualified extensions and support which will force them to choose other systems.

The biggest problem of Joomla is it's management/leadership strategy. We're not the first one saying this, you can find a lot of articles around, like this one. I want to say that there are people trying to increase their popularity and push their leadership position up over our case. My advice to them would be to not trust so much to the people around. I'll write another detailed post about our case on JED and the missing "check and balance" of Joomla.

So you're leaving Joomla?
Absolutely not, we'll continue the development of our current Joomla components. However, we'll be focused on WordPress, standalone and other systems, especially for our new projects. We won't publish any new project for Joomla. Don't get me wrong, I'm not so fool to claim that Joomla will sink because of our stop ;)

I strongly believe that time will show who was right and not. Of course that at that time, we won't be able to restore ours and Joomla's loss caused by this totally wrong decission. Most of developers choose Joomla because of being run by an organization, not corporation, but results like ours totally removes that difference.

We're also going to demand justice from the relevant authority (court) due to the lose of our prestige.

A big thank you
One thing I really liked about the WP community is it's people, helpful and generous. I was able to find someone at every step. Thank you. I should also thank Markus Bopp, the developer of the fantastic BreezingForms component, for his very helpful guide.

That's all for now, enjoy our new site and venture! 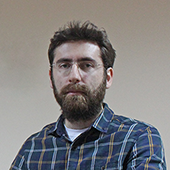 Denis joined the World Wide Web in 2006 with SMF forum and continued with Joomla and WordPress. Due to his education, his all job was to write and maintain code. His professional field is PHP & MySQL but due to his job & education he also masters XML, Java and C# languages.

Denis is a citizen of Albania, bachelor of Marmara University Technology Engineering, Senior PHP Developer, founder of Miwisoft, married and father of a teenyweeny girl.